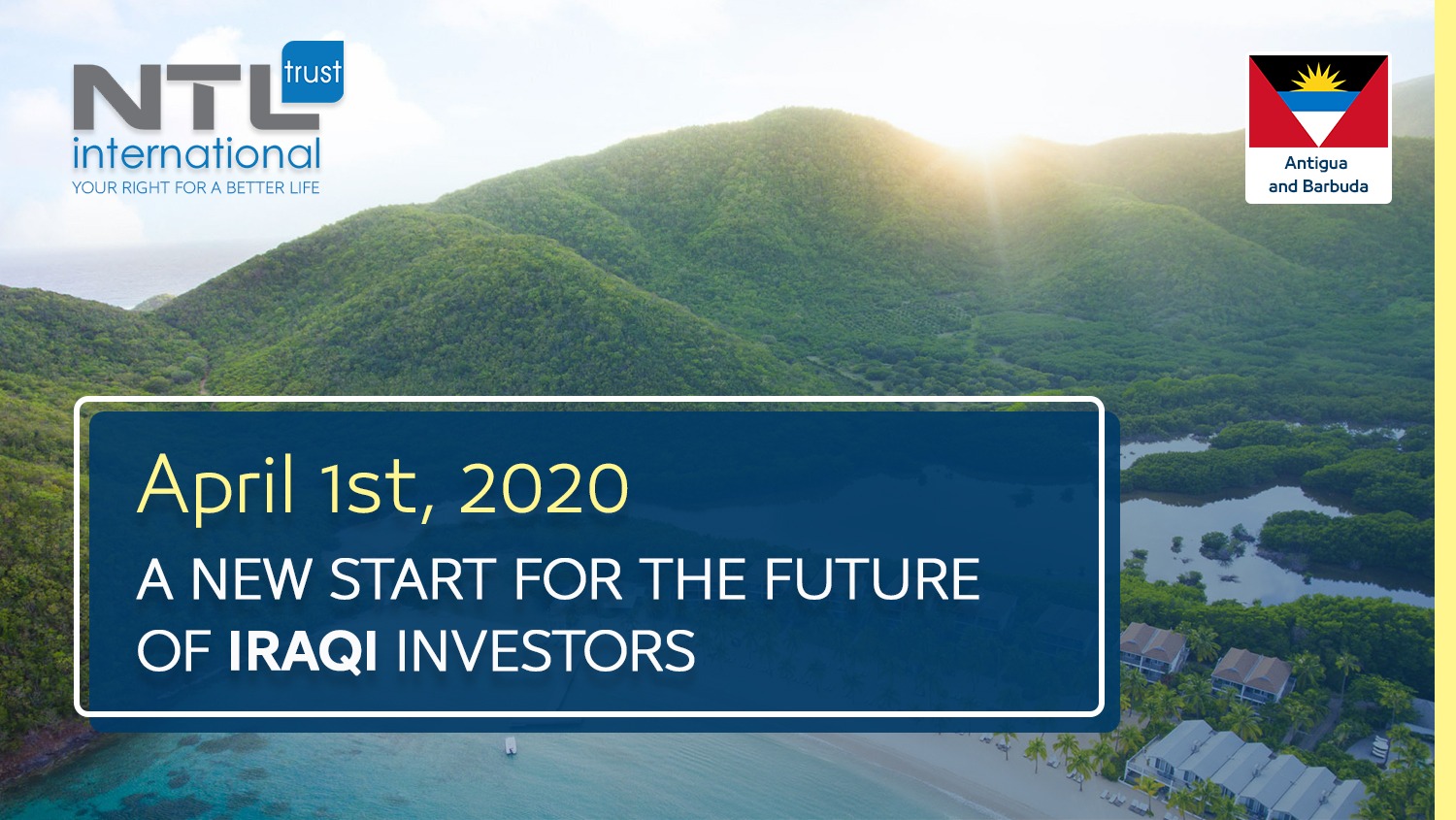 April 1st, 2020, A New Start for The Future of Iraqi Investors

After having banned citizens of some countries from applying for its citizenship, who are Iraq, Afghanistan, Yemen, Sudan, Iran and North Korea, The state of Antigua & Barbuda gives Iraq an auspicious exception that would open the door to the second citizenship for Iraqis citizens on the 1st of April 2020, while the rest of the countries bans were conditionally cancelled.

It is worth noting that Antigua has 365 beaches, whose residents can enjoy going to a different beach every day all year, in addition to the charming coral reefs that characterize Barbuda Island.

These modifications include the following:

NTL is a Caribbean government-authorized and certified companyspecialized in providing consultations for a boutique corporate and private client, and Business Owners regarding nationalities and residency programs through investment, provides various programs for obtaining second citizenship: Antigua and Barbuda – Grenada – Saint Kitts and Nevis – Saint Lucia – Dominica. The services were expanded to include other countries such as Vanuatu and Turkey as well as some European countries as Montenegro – Cyprus – Malta – Moldova.

Also among the company’s services, there are the following up and obtaining the investment residency in some countries through real estate investment or by founding a commercial activity, such as Germany –Britain – Spain – Cyprus – Greece – Portugal – Serbia- and Albania, in addition to  UAE, Canada, and the E2 VISA in the USA.

NTL‘s 25-year history in the consulting and investment field qualifies it to be the ideal partner to assist businessmen looking for international and foreign investments and seek freedom of movement without restrictions, stability, safety for them and their families and look for the best future for their children.

Leave a quick message and one of our team will call or send you more information.