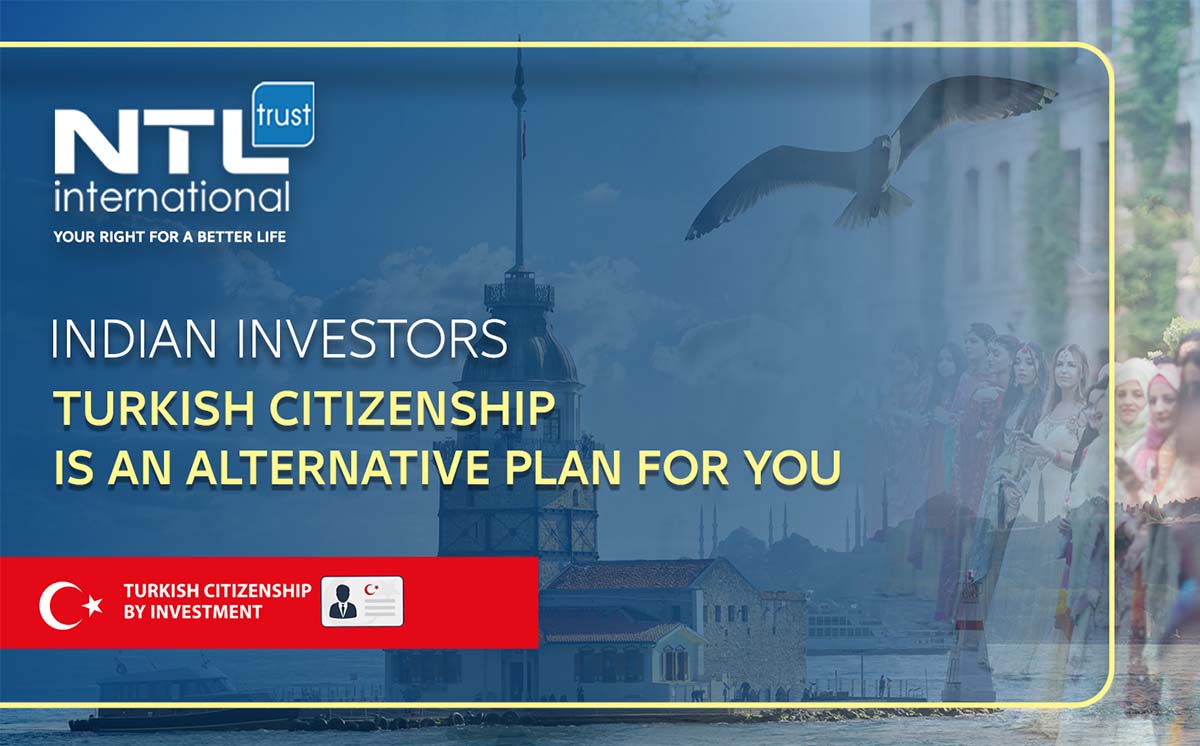 As an Indian investor, why you should seriously consider Turkish citizenship as a plan B?

In general, obtaining second citizenship is more than just having a travel document for you. You will gain at least 11 benefits by obtaining a second citizenship. The most important of which are business freedom, travelling without obstacles and safety for you and your family.

Citizenship by investment program in Türkiye is considered a gate that opens the way for you as Indian investors to enter the United States of America and the United Kingdom alike.

In previous years, Indian investors who applied for the American EB5 visa had to wait for more than 10 years, in addition to the amendments to the visa in 2019, which raised the minimum investment requirements from $ 500.000 to $ 900.000. This has prompted them to search for alternative options for investment abroad.

It is known that India is not one of the US E-2 Visa Treaty Countries. So Indian investors, besides citizens of other countries such as China, have increasingly searched for citizenship of a country that has an agreement with the United States to be able to apply for an E2 visa that allows them to establish a business there.

Many Indian investors choose the citizenship program by investment in Grenada as a way to US E2 visas, but it was reported that Türkiye has recently seen a spike in citizenship requests from Indian citizens.

The Turkish citizenship program is distinguished by its diversity in terms of obtaining citizenship methods through real estate investment, bank deposits or government bond purchases, etc.

Don’t worry about your family members, because there is no limit to the number of dependents under the age of 18 who can be included in your application without any additional fees. This makes the program one of the most economic programs worldwide, not to mention the rapidity regarding the approval and citizenship certificate (4 months). Nor can you exclude the benefit from the Ankara Agreement (ECAA) between Türkiye and the European Economic Community which will be available after obtaining Turkish citizenship. According to this, you as Ta Turkish citizen can apply for a visa to establish a business in the United Kingdom, without restrictions on the nature of the business or profit or the number of jobs. After 4 years, you can request indefinite leave to remain in the UK.