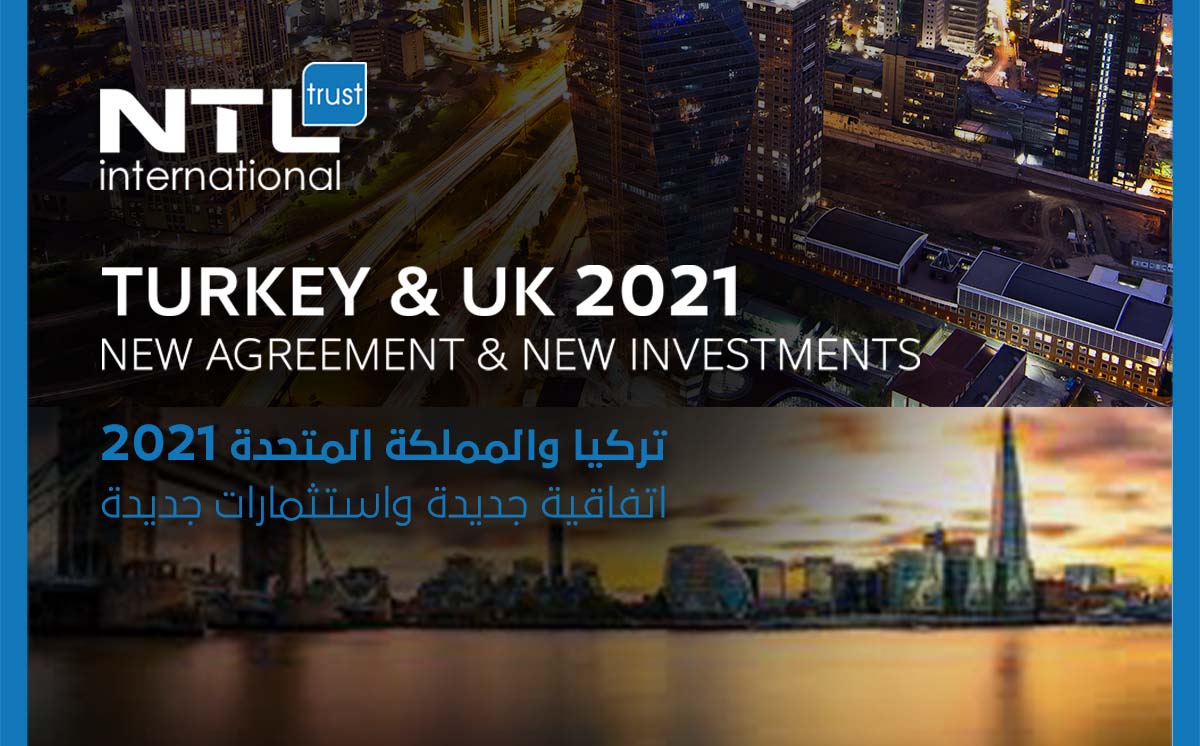 Sharpening the mettle, the Turkish Investors have started preparing their agendas to enter the UK’s investment market. This has come after the signing of the new free trade agreement between Türkiye and the UK on December 29 last year, in the Turkish capital, Ankara.

The agreement will enter into force at the beginning of 2021, in conjunction with the UK’s exit from the European Union. Thus, the new year has brought with it an end to the obstacles that faced the development of trade relations between Türkiye and the UK, while recalling the unstable economic conditions globally, not to mention the repercussions of the Corona epidemic.

UK, the great country with the most prominent position in the EU and with the post-brexit, is now looking for a new market to fill the void that will occur in its markets which has been covered by the European Union countries for years.

On the other hand, Türkiye faces many regional challenges, in addition to internal economic challenges. Despite the Turkish economy achieving qualitative leaps that exceeded expectations in the last year, Türkiye seeks to expand its common investment interests with a country with a large economy such as the UK.

Although Türkiye seeks to maintain its relationship with the European Union, with which it has a customs union agreement, this new agreement fulfilled the aspirations of Turkish businessmen and investors to enter the British market more easily by exporting their products easily and without obstacles. It also opened the horizons for investors who obtain Turkish citizenship to expand their work in the UK, in particular.

The removal of customs barriers between the two countries, and reach the trade arrangements that include exempting products and goods from customs taxes. These exemptions could reach zero after the completion of the transition. It may not need to go through a transition phase.

Goods included in the agreement:

The agreement covers all agricultural and industrial goods but is of particular interest to the UK’s auto, manufacturing and steel industries.

Benefits of the agreement for both countries:

This agreement is highly competitive between the two countries, due to the fact that they have very high production capabilities in the fields of industry and agriculture. However, both countries have major benefits from it:

This free trade agreement obliges both countries to work toward a more ambitious trade agreement over the next two years, including liberalizing trade in services and agriculture. Where a clause was added regarding the need to expand the scope of the agreement to include areas such as services, investments and advanced agricultural concessions.

Experts believe that the rapprochement with the UK will transfer Türkiye within four or five years to the Group of Seven industrialized countries, which are considered one of the largest economic countries.